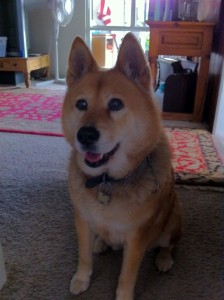 Dogs are a man’s best friend.  How many times do we hear this, or say this?  Thousands of times, or ten times that for some people, people that I’ve known around here. I’ve had a dog for so long, that it wouldn’t be the same without one.  A lot of responsibility, but really, it’s doesn’t seem like it when you really dig them like they dig you.  They bring a lot of smiles, a LOT of laughter, and once in a while, a frown, (very few, though).  A lot of dog people, as we call each other, have one story after another, and sometimes can stand and speak about nothing but dogs for hours, sometimes never knowing each other’s names.  I can confirm this, it’s happened so that when I walk away, I say, “What was their name?”, and kind of figure that they said the same.  All of this is o.k., because one hears this story all of the time.

The great thing about dog people, is you really see the warm, compassionate side of people, and you know them for that; dogs brings that out.  I know some great, wonderful people just because of my dogs.  I literally have true friends, that I met at the dog park, on the dog walk, or just hanging out because of my dog or theirs.  You see the same people at the same time on the same route each day, and certainly you start to talk, then drinks, then hanging out…… you get the picture.

So SurgeryII, as I’ll call it, I’m at UCLA, (both surgerys at UCLA, by the way), and after the surgery, with my head all wrapped up, and my left eye not able to open up too much, in walks a beautiful Lab named Jackson, and his owner, of course I can’t remember her name!  He is so beautiful; so he comes up ON my bed, and just starts licking, and being a “best friend”.  I smiled, laughed and just wanted to keep petting and loving.  How they make you feel!  He was probably weighed about 75 lbs, but moved so gracefully, I could have kept him there all day.  That was truely a pick-me up for the day, that is what dogs do.  This was the first day after surgery, and boy, did that make my day.  Now the next day, was I in for a surprise.  Bosley walked in, with his owner, again, no name!  Bosley was a white, 150 lbs Great Pyrenees, and he was Beautiful!  Again, up on the bed, and he moved around like a small poodle.  He just stayed there, again with hugs, licks, and just plain love.  It made my day, and probably many, many others who just appreciated what a dog, or any animal can do for when one isn’t feeling up to par.  I have another story that will blow your mind, about another dog, who just passed on, on his own little journey now.  His name was Mr. Bitterman.  Mr. B was a Newfoundland mix with Lab, maybe 75 lbs.  I got to know Mr.B about 5-6 months before Surgery I.  He always liked to pin me on the floor, and lick my head, all night if I let him.  After the surgery, where if you notice on the pictures, the scar is on the left side of my head.  Well the only place that Mr.B licked, time after time, was the left side of my head; I loved that dog.  He brought so many laughs; I guess that I could say that about so, so  many dogs.

A friend of mine, Anne Marie, has had some beautiful dogs, and that’s how I got to know her, again through dogs.  Her husband works and is “the man” at UCLA, and contacted David Feinberg, Associate Vice Chancellor, who runs the situation where dogs come to visit, do what they did for me while I was in the hospital, and pick up my whole day, and life at that point.  I can’t say enough about what this opprotunity can bring a person, and I am truly blessed to have been thought of, and have my days just inflated becouse of these guys.  I guess that by now, we all know that I not only have a great dog, but will always have one, due to the openess in their hearts for you, which we in turn try to give some of to others.  I guess that some how, we should all try to turn in some good deeds the same way that our four legged friends do, just love, true hearts, and and just something to put someone in a better place, even if the dogs aren’t around!