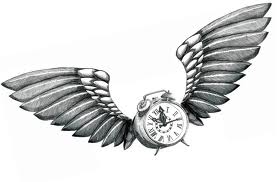 Time moves by fast, doesn’t it?  Look at this, end of Janurary, 2010, oooops, I mean 2011.  Happened again.  It is funny, how may times that happens to me.  I’m always confusing time; I’m still wondering where the last 30 years have gone.  Those 30 years must have been stored in the menengioma that was removed; which tumor, (the first or the second), I really don’t know.  For those that might not know me, I moved to Los Angeles in May, 1981, right after college.  OOOOps, did I just give my age away?  Awwww, what the heck, doesn’t matter.  So here it is, I’m 21-22 years old when I moved; to be an engineer at Hughes Aircraft.  Think about that.  You just get out of college, and you’re offered a job at a major corporation, in the 1980’s. Wow.  What a wild time, the 80’s.  Everything was going on; and when you’re from a small town in Illinois, you just think that you’r now in heaven, L.A.  Actually, sometimes you were, and believe me, sometimes you WEREN’T.  I actually remember a lot of those times.  You’re in your 20’s, making pretty good money, and starting to think, “why am I here, in L.A.?”.  I don’t enjoy this job anymore, I’d rather be doing something else.  All of this time, I was active in the gym, working out, getting really turned on to the fitness world of today.  Los Angeles was always way ahead of any other location with progressive fitness, ( maybe New York was up there).  I really didn’t didn’t know what I was going to do, but I really wanted wanted to stay in the fitness craze, just because it was so fascinating.

Now it’s 1985, HATING corporate life, and starting to get tuned into fitness opportunities.  One thing led into another, and people started asking me if I could start to train them!  Imagine that; I just said, “suit and ties, we’re partin’ ways!”.  I studied, got a couple of certifications, started a circuit training class at none other than Jane Fonda’s , trained Jane, got a few other ‘big names”, and said this is the way to go!

It really was the way to go.  There’s way too many details to list here,with regard to what activities brought on the next activitiy, but what it did was elevate all of my thinking to better physical conditioning.  Yes, in general that not a bad idea, but why was it so great for me?  Now, I think that I know why.  Try two brain tumors.  Try having a lot of your physical capabilities taken away, even tempararily, and having to figure out your own re-hab to get them back.  I’m SUCH a lucky guy, years ago acting on some impulses that would eventually save my life.  I not saying that “I” saved my life, but I’m sure that God had a big say in this.  So glad that I followed those impulses.  Because of that, I knew enough to start bringing myself back.  So much of what I was thinking came from being in a physical state, ( before the operation),  that I wanted to get back to, on that beautiful day April 29, 2008.

I’m not the first, the last or the only one with this situation.  There’s a lot of people who didn’t make it back to the situation that I did, who’s initial condition was way worse than mine.  I’m the lucky one.  What I do have, though, is the knowledge to come back from this, the gettin’-your-head-cut-into-twice, and pass it on to others.  That’s what I’m here for.  If most of the chatter that you hear me talk about is on this subject, it’s who I am, and hopefully, to help many others with situations like this.  I can’t think of anything else that I’d rather be doing, than to put someone over the top in a situation like mine.

Everything starts with experience, so I ask everyone who might read this, or who I come into contact with, to do me one one little favor: TALK A WALK.  As I mentioned before, put something in your life, NOW, “before” anything happens, that will help you “after” something happens, because as the percenteges say, as we get older, something “will” happen.  Help yourself, NOW, something you might enjoy.  There are so many opportunities, options, whatever you might want to call them.  Do Something!  That first thought about, “when am I going to fit this in”?  Piss on that thought.  When is it convenient to have a tumor taken out?  Doesn’t really fit in, now does it?  Treat yourself, you’ll really enjoy whatever you choose; and also yourself, for all of your effort!

Anyone, everyone, if you ever have any question, concerns, whatever, contact me!  Write a reply to these blogs, or contact me through my website: www.playapersonaltraining.com  .  My contact information is there, so please, please, enjoy THIS life, every day!  You will be much happier, so much more, and guess what?  That will make me much happier, too, and boy, I love being happy…..