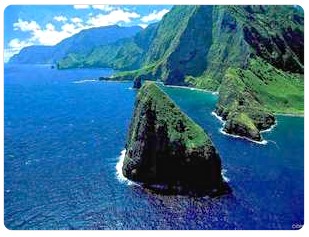 Big word, this steroid word.  We all hear about it, and “them”, and sometimes just take it and “them” for granted, and not even think about what they they might do to our body.  We’re told to by our doctors sometimes, and we just do.  Other times, and who knows what this reason might be, people elect to inject, or swallow, or rub or whatever might be in the back of their mind.  Pretty rough stuff.

As you probably read, I had an unbelievable trip to Kauai, Hawaii.  So, so lucky that I would do again in let’s say, 1/2 a second.  Pretty well exhausted myself, ( and by golly, who wouldn’t??).  So, yea, came back, exhausted, which can cause a seizure if not taking anti-seizure meds after radiation, which I wasn’t.  SEIZURE!  Say it again, SEIZURE!  Good thing was, I was with a client who knew what to do, and did, and I stayed with it, didn’t go under, beautiful thing there.  So UCLA wanted to see me for a couple of days.  Again, they are the greatest asset in the world, in my world, so to speak, as I’ll tell you.

Here’s the beauty; my surgeon, Dr. Yang, was estactic that none of the seizure was related to the tumor that we took out in September.  He was jumping up and down, (well, maybe not, but he was very excited that it was just inflamation from the radiation 4-6 week after, this was common.).  Add all of this to my exhaustion, woop-to-do; check me out for a few days!!

Here’s where it gets to be the most exciting part of my life right now.  Check out the bio on Dr. Yang, unbelievable surgeon; doesn’t like to be on the public air.  Wants me to be.  UCLA now has funding on a project on tumor removals.  They are followed, and dissected.  Since I’ve had a bit of experience, two of them, radiation, seizure; let’s just say they like my history.  They want me to be part of this team, explore my history publicly, and why not?  I don’t think the word “normal” is in my half-mind anymore. Let me throw what I know out there, I DO have a few things to say.   Why not ?  Because of my past of re-hab, how I had to bring myself back, there are a lot of people who haven’t been able to do what I did; let me help them, in any way I can.  Physically, mentally, support wise, in so many ways people need support.   Again, as we’ve spoken here; what I’ve received from everyone, friends, family, medical; you name it, I’ve received it, why not push it on, give it back.  What’s starting to happen right now, I’ve been contacted quite a bit, from people I don’t even know, have never met, who have a lot of issues going on in their lives, from meningiomas, to other issues, and just want contact.  I’m the guy, let’s go with this.

The cool thing is, UCLA just wants to keep on me, every 3 months or so, so I’m in on the doctors, what they have to say, and how they monitor.  This is so great..So whatever I can do let’s just do it, and by the way, every day feels so great, I haven’t felt like this before in my life, when I was at my “peak”, so to speak.  Right now, let’s get back to that steroid thing. 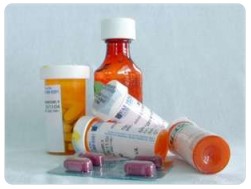 Let’s see, how about Dexamethasone, Levetiracetam, Famotidine.  How about these names!!  Pretty impressive, huh??  One is a anti-seizure med that I’ll keep going on for a year or two, big deal, I did that before with Dilantin, and that was an exhausting trip, so what the heck, do it again for safety.  The other two are steroids that take inflamation down, only for a month, thank God.  I look like a teenager with what it brings to the skin.  It will stay for a few weeks after, but we can deal with that.  But to think that some pople do this at their own thinking, for some personal effect, I DON’T GET IT!!  You don’t feel right, your feeling is different.  You don’t sleep, let me tell you that.  You get up at 2:00, 3:00 in the morning, you’re twisting around and say, o.k. let’s get up, like I am right now.  Actually, I’m laughing, because I know it will end in a week or 10 days, and at some point, I WILL sleep but right now at the time, I’m listen to some soft jazz, which you all know that I like, and I’m rockin’ out like it’s AC/DC!!  Funny, funny stuff.  It’s is unreal what this stuff has to do for us, when we have to take it; but boy, I’m off it when I’m off it!

As we all know, with those of you who know me, drugs has never been in my fitness related business.  We do what we do on a fitness business; good related stuff.  Add a little bit of good nutrition,  just a little bit of cardio, and BOOM, you’re on your own little world.  Doesn’t have to be much, just a little bit every day, even 20 minutes, NOT A LOT OF YOUR DAY!  It makes you feel SO good, so stick with me on this; as I’ve said before, contact me; any questions, answers, blips, whatever, it’s all good.

How cool is that?

The thing is, even if you just get a walk in, or anything that you enjoy; man, your day just gets brighter, and it just becomes part of your world.  Sometimes, it just makes your day….enjoy it!  I do, EVERY DAY OF MY LIFE, I OWN!!  You should to, you all deserve it.   By the way, you can laugh a lot, too; I do!!